FanDuel Business Model Explained – How it Works and Makes Money 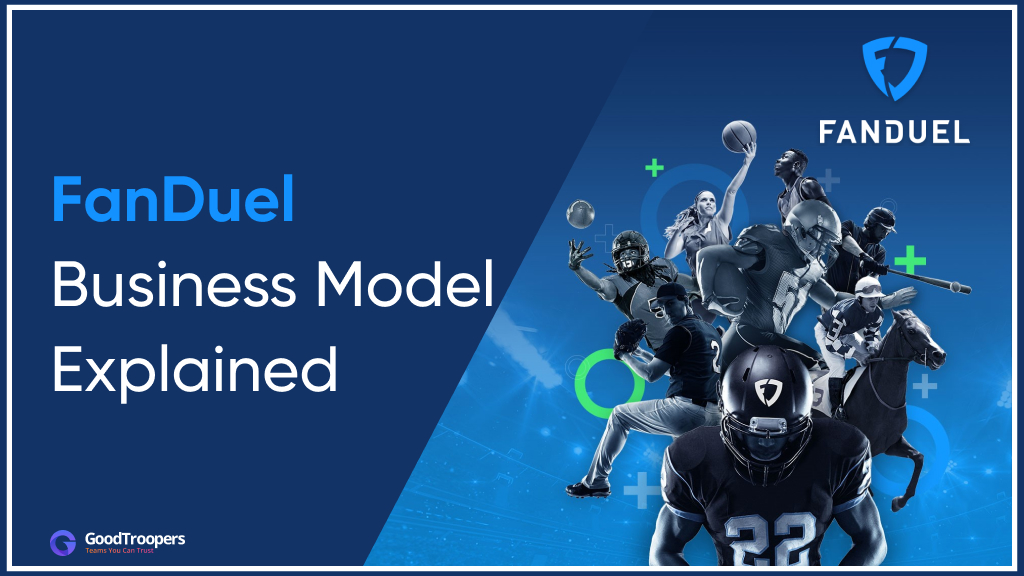 Most individuals enjoy playing games, and they often serve as a nice diversion from their regularly hectic and stressful life. However, it is not always possible to just walk outside and play.

Sometimes, you may be in the middle of work and need to take a break to unwind, or the weather outside may make it impossible for you to go outside and play.

Numerous factors may prevent you from taking advantage of this opportunity, in which case fantasy sports apps like Fanduel, Dream11, ESPN Fantasy Sports, and many more will come to your aid.

These apps make it possible for sports fans to participate in their preferred games whenever they want, and they served as a wonderful distraction during the dismal pandemic days, which were followed by the never-ending lockdowns.

The most well-known website for online sports betting is FanDuel. In 2009, FanDuel revolutionized fantasy sports by enabling players to play one-day fantasy games for actual cash prizes. Despite countless copies, there aren’t many programmes that are similar.

After its launch in 2018, FanDuel immediately rose to become the top online sportsbook in America and the nation’s preferred source for sports wagers. It is one of the most well-known distributors of fantasy sports apps, and it has outstanding features that dominate the market.

The software gives players access to both sports trading and fantasy sports in order to promote a comparable culture. Applications for on-demand fantasy football are also created by FanDuel.

FanDuel’s worth was last made public in December 2020, when Flutter Entertainment increased its ownership of the company. In order to purchase an additional 37 percent of FanDuel, the business paid $4.2 billion. FanDuel was now valued at over $11.4 billion.

Nearly $2 billion in income was earned by FanDuel in 2021, an increase of more than 113 percent.

Sports betting and daily fantasy sports are both offered on the FanDuel platform. In a fantasy sports league, participants choose teams of athletes who score points during the season.

There are many performance standards in a football league, including the quantity of scores, yards, block attempts, and tackles.

The league would be won by the player whose squad had accrued the most points throughout the course of the season.

FanDuel’s daily fantasy sports product goes a step further. Teams can be chosen by a user based on how they performed on a specific game day.

In fantasy games, your knowledge of the sport and the players is everything. Your capacity to forecast the player’s performance is put to the test. To win the game, you must assemble the ideal team.

On the platform, thousands of users compete in various events for cash prizes. For instance, a house might easily cost more than $1 million. Contestants may enter for no cost or for a price of up to $10,000 per contest.

By accessing the company’s website or getting its apps for Android and iOS, a user can access the FanDuel platform. 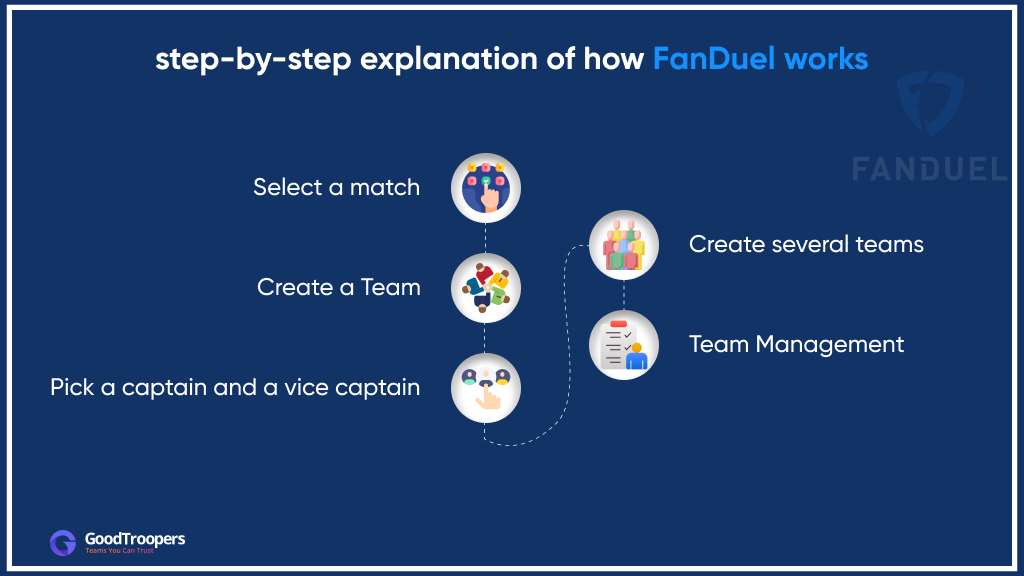 Here’s a step-by-step explanation of how FanDuel works:

The gamer must use the OTP verification to log in after downloading the programme. After that, a window with a list of all the current and forthcoming matches opens. To continue, the player must select a match.

The player must assemble a team in this step. Depending on the sport, a different number of players can be chosen. To build a team, the players are given a total of 100 credits. Only those players under these credits must be chosen by the player.

When a player clicks on a player’s name, a window with detailed information about the individual’s statistics opens, which the users can use to guide their choice of team members.

The player must now select the captain and vice-captain for their team since they are the ones who established it. This is a crucial stage because it could significantly affect their final grade.

Although a person may create up to six teams, they may only use one team to participate in the game.

Up until the start of the game, a player can change their team. Once the game’s deadline has passed, the team cannot be altered in any way.

How Popular Are Applications Such As FanDuel?

Let’s first clarify what Fantasy Sport is all about. This is essentially an online game in which people construct virtual teams made up of real players, and these teams then compete based on the statistical performance of the players in the actual games.

Then, the manager of the fantasy squad adds up the points earned by each of these players, based on how well they performed.

Also, while the idea of fantasy sports is not new and has been for years, applications like Dream 11, FanDuel, and Draftkings have become incredibly popular. The concept of choosing participants and organizing competitions based on their data dates back to the time of World War 11.

However, Molson Breweries launched the first fantasy hockey sports website in 1995, and by the 1990s, close to 30 million individuals in the USA were participating in this type of game.

The Business Model Of FanDuel?

Even while fantasy applications are currently quite thrilling, most individuals are still hesitant to partake in them. They have a legitimate fear since, despite the fact that it’s a game of skill rather than chance, participants are still putting their money at risk. So it can be difficult to get people to set their fears aside and start playing.

Therefore, the owners of Fantasy Game apps heavily rely on advertising to get through these obstacles. FanDuel, for instance, invests $20 million annually on TV ads. FanDuel’s average client acquisition cost is $68, which is also a bit excessive. FanDuel is projected to make $100 off of each customer per season, generating an estimated $10 million in income annually (2018).

How Does FanDuel Make Money?

By charging consumers to enter contests, for inactivity fees, and for sports betting and gambling, FanDuel generates income.

According to the Adam Krejcik report from Eilers & Krejcik Gaming, FanDuel spends about $20 million on television advertising, with an average client acquisition cost of $68.

Despite the hefty acquisition expenses, Krejcik predicts FanDuel will make $100 per client per season in profits.

Additionally, there are other methods that firms might make money. For instance, they partner with well-known companies like NBC, Sports Illustrated, Comcast, and Sporting News to make a portion of their revenue through the sale of adverts on their websites.

As a result, professional leagues have several possibilities to interact with and win over new fans.

Let us understand their business model. Here’s what it looks like 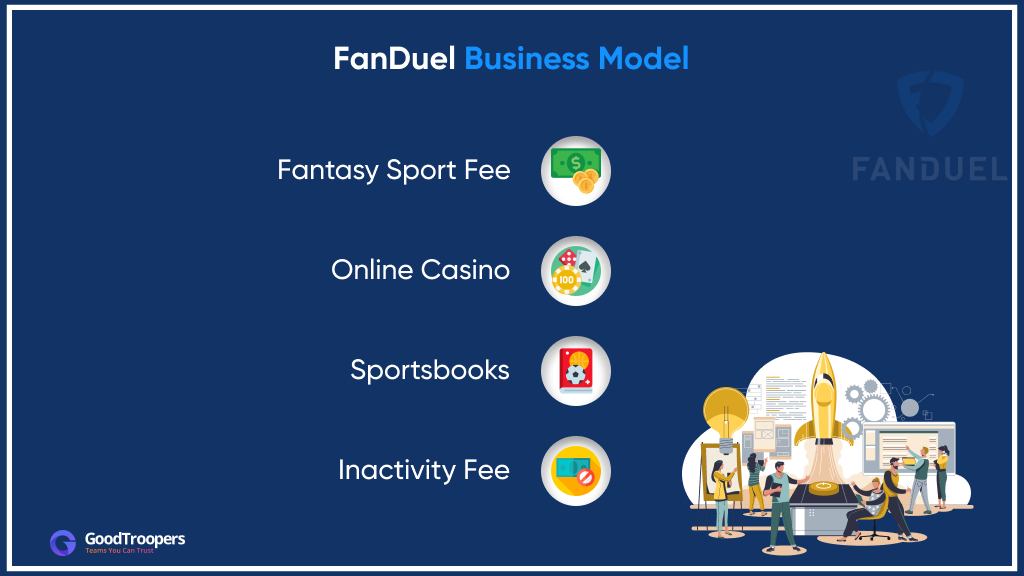 The money will be used by the business to continue and improve both its daily fantasy sports service and overall operations.

NBA, NFL, NHL, Nascar, and CBB are among the sports and leagues that are accessible for daily fantasy competitions.

Additionally, FanDuel has a variety of competitions. Others are intended for intermediate and experienced players, while some are free to enter.

Users of the FanDuel Casino app may wager on sports and play online casino games like blackjack and slots.

The mobile app for Casino is now accessible in three states: New Jersey, Michigan, and Pennsylvania.

The business makes money off of losers who wager against the house (in this example, FanDuel), just like it does with its Sportsbook offering.

FanDuel collects more money than it disburses because its odds of winning are highly skewed.

FansDuel is closely examined by regulators to ensure that the odds it gives are legitimate.

In essence, Vigorish is the cost of making the wager. A bookmaker’s odds typically display this. With less favorable odds, FanDuel can (almost surely) make more money.

To reduce risk, a FanDuel user can restrict the number of bets they place and the amount of money they gamble.

Inactivity charges for FanDuel were introduced in May 2019. If an account is inactive for two years without being utilized, a $3 monthly inactivity fee will be applied.

FanDuel does not take money out of players’ bank accounts; instead, it takes money that has been paid into their FanDuel accounts.

FanDuel will therefore stop charging you if your account balance falls to zero.

The popularity of Fantasy sports apps is fairly widespread, so now is the ideal time to enter this industry by developing your own Fantasy app. Businesses must make sure that the app they are creating can handle a large amount of traffic because creating a Fantasy gaming app may be pretty difficult.

Businesses must invest in top-notch servers and backends to achieve this. Apart from that, these platforms require a slick user interface that is engaging and simple to use. 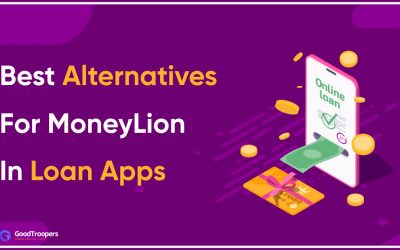 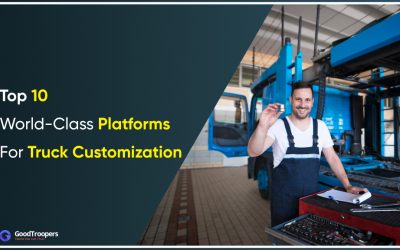