How Does Hulu Work & How To Create A Similar App 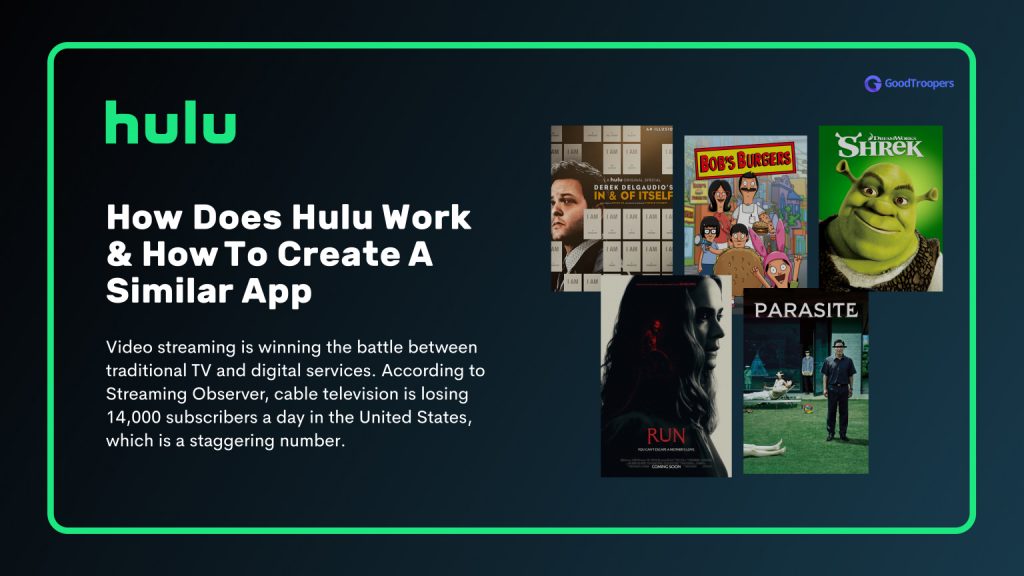 In the last few decades, viewing habits have changed dramatically. When on-demand video streaming services like Netflix became available, it created a rift between traditional TV viewers and those who have switched to on-demand video services.

Video streaming is winning the battle between traditional TV and digital services. According to Streaming Observer, cable television is losing 14,000 subscribers a day in the United States, which is a staggering number.

On-demand streaming services invest millions in original media products, while traditional TV providers try to enter the digital space, but some companies have managed to satisfy the needs of TV and streaming fans alike. There are companies that offer both live TV and video on demand, such as Hulu, which provides both (VOD).

“Hulu” was an attempt to enter the digital direct-to-home space by two media giants, News Corp (which later split into Fox and News Corp), and NBCUniversalMedia (now owned by Comcast). The digital service had 42 million viewers within a year of its public debut, according to the company. Disney now owns Hulu in its entirety. Hulu announced in 2019 that it had reached 82 million users, of which 70% watched ads and 30% paid for subscriptions.

Hulu offers both live TV and on-demand video, but it is only available in the United States. For entrepreneurs around the world, creating a Hulu-like app for their local market has the potential to be a huge success.

This has led to the Hulu business model becoming one of the most influential amongst online streaming platforms. TV networks in the U.S. such as NBC, ABC and CNBC have partnered with Hulu to create an extensive library of TV shows available on Hulu. As a result, cable TV can now be enjoyed without the need to install a cable.

Why Build An App Like Hulu — A Market Overview

How to start a video streaming business should begin with market research and an analysis of key players. Check out the current state of the market and its major players.

Applications for video streaming can be divided into three categories:

With the popularity of satellite and cable TV declining, communications providers are attempting to bundle streaming services for smartphones, smart TVs and other internet-enabled devices. Probably the most well-known live TV streaming services are Sling TV and AT&T’s TV NOW.

Some of the biggest names in the industry, like YouTube and Hulu, have joined the ranks of live TV streamers, giving consumers access to a wide variety of channels via YouTube TV and Hulu + Live TV.

Users of on-demand video services such as Netflix, unlike cord-cutting services, can pick and choose what they want to watch.

Although the company was founded in 1997 as the first online DVD rental store, video streaming became Netflix’s main business in 2007. By the end of the year, Statista estimated that there were 61 million subscribers. Once known for its existing shows and movies, Netflix is now best known for its original programming (House of Cards, Breaking Bad, The Witcher, Stranger Things).

The Handmaid’s Tale, Harlots, and Shut Eye are examples of original content that Hulu offers that Netflix does not.

This is despite the fact that you can easily find CBS, Disney Channel, and HBO as add-on packs for most live TV streaming services. Now, HBO offers two streaming services, one that doesn’t require cable TV and the other included in any HBO-enabled bundle.

On-demand streaming service Disney+, which debuted at the end of 2019, attracted 28.6 million viewers in its first three months of operation. As a result, Disney+ has become incredibly popular. For only $7 a month, users can watch Star Wars, Marvel and Pixar films as well as original shows like WandaVision, The Mandalorian, and Loki. 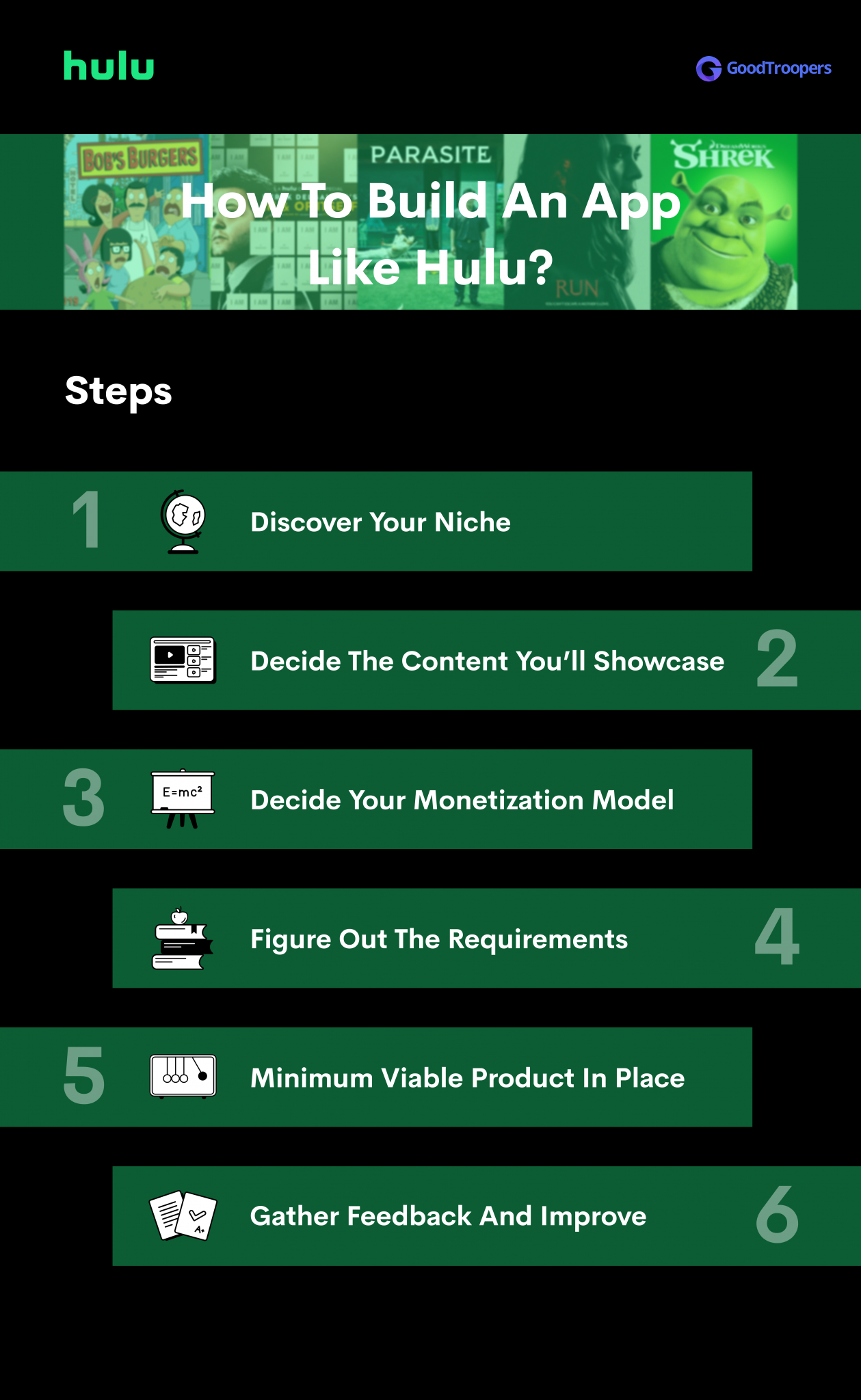 As a first step, you must decide what content your application will deliver to its users. We’ve compiled a list of profitable stream niches to give you some ideas:

As Hulu and Netflix demonstrate, entertainment streaming video services are highly profitable. The new video streaming service provider has more than enough of a following to make a profit.

For VOD services, fitness is another potential market. Numerous individuals are interested in fitness-related videos. Making your dream application stand out from the crowd is a great idea. In order to attract more users on your website, you can add categories such as dance training, yoga, and healthy diets according to the individual’s needs.

Because content is the most important aspect of your on-demand video streaming service, you should be aware of what your content will consist of. Make unique content by collaborating with video distribution companies. To do so, however, you’ll need a license to perform in public settings. When this happens, you can rent the film through an authorized distributor. This person can also be reached via email.

A video-on-demand service can be monetized in three ways:

As a result, it is the best pricing scheme for users to pay for each video they watch. As an example, you can use this model to create a streaming platform for broadcasting trade shows or sporting events.

Use this monetization model and your platform will become popular with users.

This exact monetization strategy is used by Hulu, as you may recall. Customers pay a monthly fee to access any content library in this model.

4. Figure Out The Requirements Of A Video Streaming App Like Hulu

It’s important to balance the following performance features when creating your video:

Streaming on-demand videos are affected by internet speed. The minimum Internet speed required to stream movies is 2 MB/s (megabits per second). To broadcast in HD, your Internet connection must also be faster.

If your online streaming platform is growing quickly, you’re on the right track. Your service must have a content distribution network. Your traffic can be effectively managed by using CDN.

It’s important to protect consumer devices from unauthorized access. And to ensure safety, take the following methods into consideration:

5. Have A Minimum Viable Product In Place

This concludes our video streaming app-building guide. Here, you must clarify the functional and non-functional requirements, set deadlines, and consider a suitable design for your application.

Your application needs to gather user feedback after launching these MVP features. As a designer, you must understand how users react to certain features.

This is followed by a survey asking your users for their thoughts on the features they would like to have in your app. It is possible to add these features to the android video streaming app based on the user’s needs.

You can also ask them for feedback in the following ways if you wish via social media, pools, and email surveys.

Suitable Team To Develop An OTT Platform Like Hulu 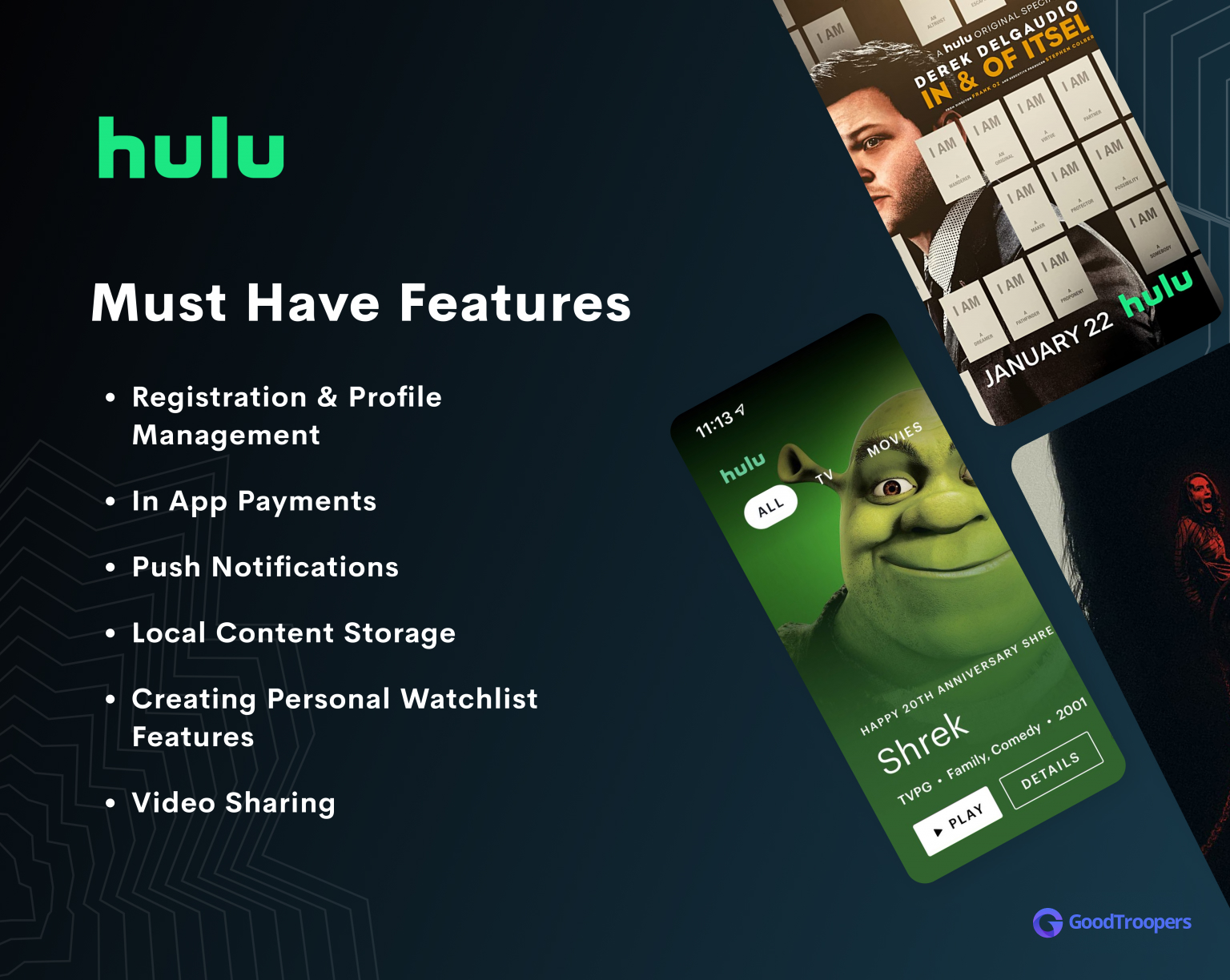 Users love Hulu because it allows them to watch their favorite shows at their convenience. Your on-demand video streaming app must have the following features in order to be successful in 2021:

You can access the application once you’ve registered. Allow users to add and edit their personal information, such as their names, email addresses, passwords, and other details. Allow users to sign in via social media accounts, such as Facebook, Instagram or a personal email address in addition to a username and password.

Hulu allows users to create up to six profiles per account, each with its own history. Hulu makes suggestions based on each profile’s viewing history.

Use secure online payment features with multiple payment options if users upgrade their plans. Paying with a credit/debit card, PayPal, Amex Express Checkout and so on are all options available to users.

As one of the most important features in mobile apps, push notifications to keep users engaged with the app for longer. However, if this feature is properly designed, it can be a great way for businesses to reach users and convert them into potential customers.

Aside from that, it helps boost sales by simply keeping your users up-to-date with the latest movies, shows, or documentaries available. Hire mobile app developers from a reputable software development company if you want to take full advantage of this feature.

Apps for video streaming have become highly addictive and increase the temptation to watch videos on mobile devices for extended periods of time, which could be influenced by the network’s bandwidth and connectivity. This means users should be given the option of downloading videos to their devices and watching them later when the internet is unavailable.

Create your own Hulu-like app by integrating the feature that allows users to create their own watchlist and add upcoming shows to their watch history. Other than that, they can keep track of any upcoming TV series episodes, daily soap operas, etc.

Allow users to share their favorite videos directly through social media with their friends and other account members by adding a video sharing feature.

A user-friendly content search box makes Hulu one of the easiest applications to browse and navigate, allowing users to find their favorite shows and movies in just seconds. With the help of app developers, you can create a search box that helps you filter content based on different criteria like language, production from a certain country, genre, etc.

As a result of positive ratings and user reviews, you can gain the trust of other app users and even attract new users to your app. In addition, you should design your mobile app so that users can promote it by giving honest reviews and ratings.

This is the star of the show! Users can customize Hulu’s content according to their preferences, and the service’s content is well-categorized. Hulu’s recommendations are based on complex algorithms that take into account the videos that users have already watched.

Let’s conclude this blog by noting that video streaming apps like Hulu and Netflix have become a part of our daily lives.

This is because these apps allow you to watch your favorite dramas and movies as well as your favorite daily soap operas or other original content whenever and wherever you want. Streaming apps are therefore gaining in popularity around the world.

As a result, if you are also interested in launching your own video streaming app, all you need to do is hire an experienced software development company with a team of developers who are familiar with the latest technologies used for streaming app development.

Frequently Asked Questions When Building An Application Like Hulu (FAQs)

Q- What are some of the competitors of Hulu app?

A. Some of the top competitors of Hulu are Netflix, Amazon Prime, Youtube, RedBox, HBO.

A. OTT platforms are comparatively newer in the market and there are no Government regulations specified regarding OTT platforms yet.

Q. What kind of security do OTT platforms rely on? 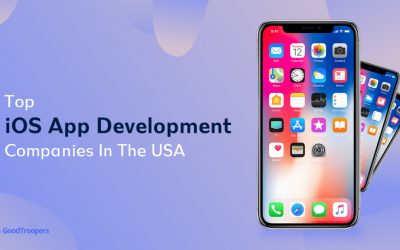 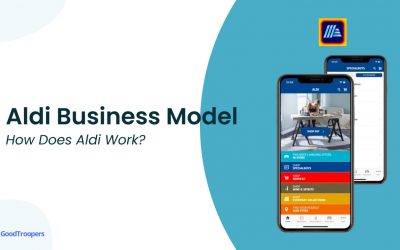 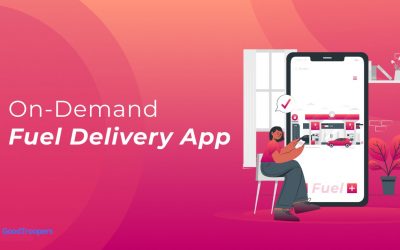 How To Build An On-Demand Fuel Delivery App